Sussex Martlets in dominating win against Stragglers of Asia 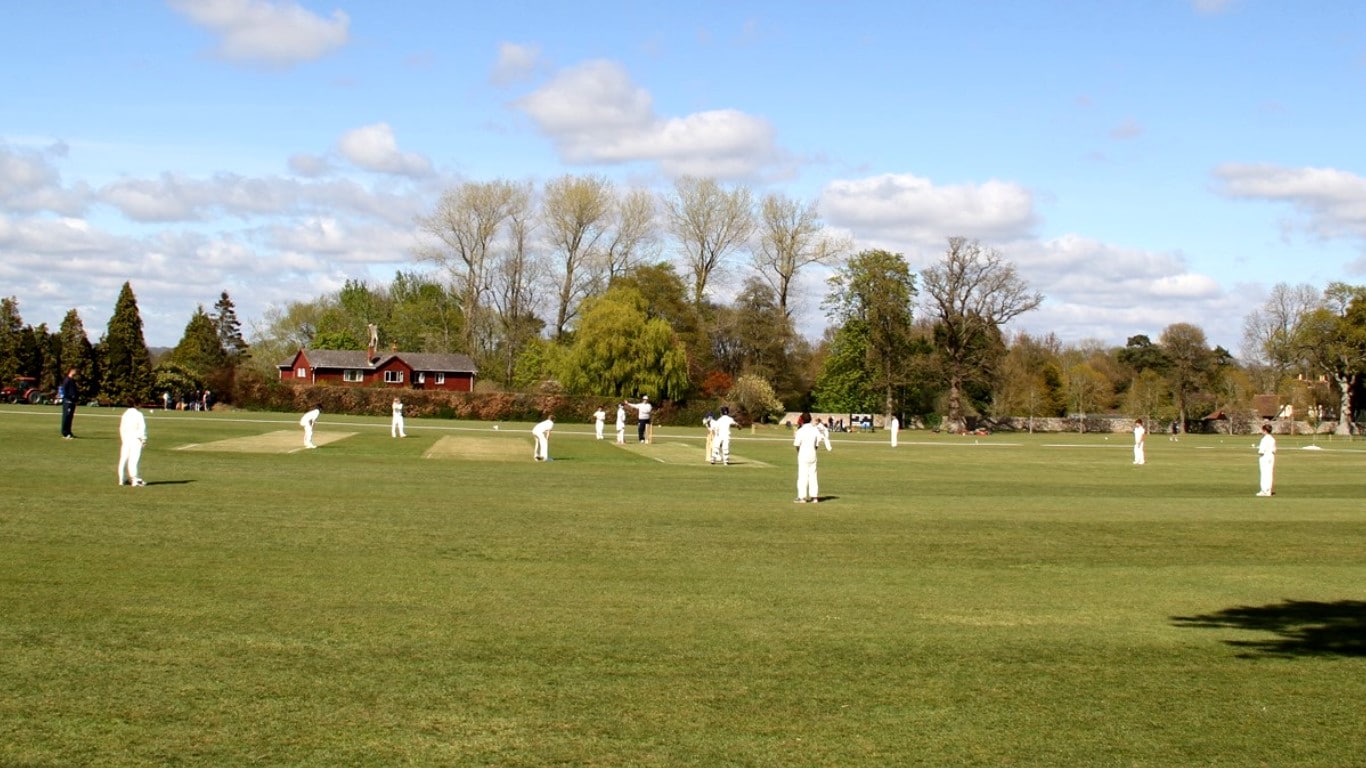 After an extremely frustrating weekend of wet weather and the previous two Martlets’ fixtures cancelled, it was great to get out for our annual game against the Stragglers of Asia.

Stragglers won the toss and had no hesitation to opt to bowl first on a green top at the beautiful Hurst College. Olly Bradley and Steven Harman opened the batting and started excellently against a swinging and seaming new ball. Unfortunately Bradley was caught at mid-on for a well-made 27 to leave Martlets  51-1. Hector Maclean got a decent delivery and was caught on the crease LBW for 4. This brought Rebbetts to the crease who started to rebuild with Harman. But 20 runs later Viela found the outside edge and Harman was out for a well-made 31. His 100 the day before for Lordswood showed what a promising batsman he can be at just 16 years of old. Unfortunately the slow pitch did for Ben Davies who got to a full delivery too early and was caught at mid-on to leave the Martlets struggling at 84-4. With lunch approaching It was left to Arthur Pickard and Rebbetts to see off the remaining few overs. After lunch runs became slightly easier with regular boundaries coming off the change bowlers and both batsmen becoming accustomed to the tennis ball bounce of a slow Hurst wicket. Rebbetts was first to 50 and tried to move through the gears to get Martlets to a reasonable total. 84-4 became 202-5 when Rebbetts was caught excellently on the boundary for a run a ball 82. Jordan Shaw also found the same fielder in the deep for just one before Joe Akers-Douglas made a quick fire 22 before a declaration at 252-7 off 46 overs. Arthur finished up with a well-made 61 off 64 balls. He showed great temperament, to build partnerships with each batsmen before acceleration at the right time. For the Stragglers, Viela bowled excellently for figures of 13 overs 4-46.

Martlets began their defence with the destructive partnership of Peter Hartland and Jordan Shaw. While Jordan beat the bat with extreme regularity it was the experience of Hartland that got the first wicket finding the outside half of Lerwill’s bat to be caught at backward point. Shaw fought back in the opening bowling rivalry by bowling Allsop for 8 before an exceptional moment of the day. Hartland again found the outside edge but the ball looked to be passing Bradley at first slip far too quickly to be caught, however, in Stokes like fashion, Bradley stuck out his left hand and amazingly it went straight into his hand! It was past him, no one believed this catch, and the sky cameras would have been proud to see this and that alone was worth the Martlets match fee!  At tea, Stragglers were struggling 3 down after an excellent opening partnership between Shaw and Hartland.

Jackson and Maclean were the first change bowlers and it was clear that the quality of the bowling was showing as the fielders were kept on their toes with edges and attacking fields. Both bowlers were able tp pick up wickets before Rebbetts ran the bowling changes to ensure each Martlet contributed to their excellent all round display. Rebbetts’ job was made very easy due to the fact his team was filled with young, talented all-rounders and it looks like the Sussex Martlets are in good shape for the next few years with the talent shown in this game. Stragglers fought hard though and with only 8 overs left, Shaw and Hartland were brought back to take the last 3 wickets. Shaw picked up the 8th with another great yorker before Hartland nipped one back to have the 9th LBW before a vicious bouncer got the Stragglers captain caught off the glove for a battling 12 off 46 balls.

This left Stragglers 111 all out off 46 overs as well. A great all round performance from the Martlets which left a great taste in the mouth with a few of the Martlets playing in the Vice Presidents game at Arundel Castle on Friday. It showed that a mix of youth and experience is an excellent way to build the Martlets as a competitive side of the future. It was a pleasure captaining and match managing this fixture and look forward to it again next season.

For detailed information on each venue, please visit our Venues page